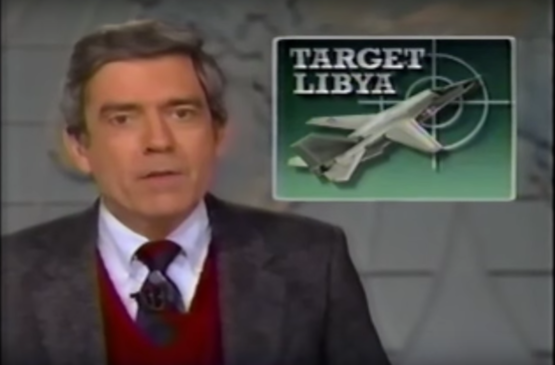 Operation El Dorado Canyon was a set of air attacks on selected targets in Libya, launched at 7 p.m. EST on April 14, 1986 (2 a.m. April 15 in Libya). About a hundred aircraft took part, and military centers as well as the headquarters of Libyan leader Muammar Gaddafi were hit.

The leader of Libya since 1969, Gaddafi took a staunch anti-Israel position and supported terrorist groups and activities in the 1970s and 1980s. Tensions rose between the United States and Libya after Gaddafi occupied Chad, rich in uranium, increasing the fears that Libya was attempting to become a nuclear power. In addition, Gaddafi aligned with the Soviet Union and worked to create a federation of Arab and Muslim states in North Africa, both alarming to the United States, which feared losing power in the region. The two countries repeatedly clashed in the 1980s, with the Gulf of Sidra incident in 1981, when two Libyan planes fired upon and were subsequently shot down by two American aircrafts off the Libyan coast, as well the hijacking of TWA Flight 847 in June 1985, and the Rome and Vienna airports attacks in 1985. Public opinion polls showed that Americans felt a sense of personal helplessness and desired greater government action, but were divided and uncertain about the value of military action. March 1986 saw the "Action in the Gulf of Sidra," where the United States deployed aircraft carrier groups in the disputed area, crossing the “Line of Death,” the sixty-two-nautical mile-zone Gaddafi had asserted in 1973. The bombing of La Belle, a West Berlin discotheque frequented by U.S. soldiers, triggered a U.S. military response. The bomb killed two people and injured more than 200, and intercepted messages pointed to Libyan agents as perpetrators. President Ronald Reagan approved retaliatory military action.

About a hundred planes were involved. The naval planes were launched from aircraft carriers in the Mediterranean Sea, but because both France and Spain had refused overflight privileges to the U.S. aircraft, the planes based in England were forced to fly southwest over the Atlantic Ocean and were required to refuel in flight. More than sixty tons of munitions were dropped during the twelve-minute operation that targeted areas near Libya’s capital, Tripoli, and its second largest city, Benghazi, and focused on military targets as well as Libyan leader Muammar Gaddafi’s residential compound. Civilian neighborhoods as well the French embassy were damaged. Total Libyan casualties were estimated at sixty, and a F-11 fighter-bomber was shot down, killing two Air Force captains.

Operation El Dorado Canyon drew heavy criticism from several countries, including the Arab countries, the Soviet Union, and France. The United Nations General Assembly adopted resolution 41/38 which "condemns the military attack perpetrated against the Socialist People's Libyan Arab Jamahiriya on 15 April 1986, which constitutes a violation of the Charter of the United Nations and of international law.” Libya continued to sponsor terrorist activities, such as the bombing of Pan Am Flight 103 in 1988.

Right before the air strike, President Reagan went on live television to announce the bombing, as “America Anchorman” in the words of Howard Rosenberg. The networks stopped their regular programs to cover the attacks.

Confined to their Tripoli hotels, network correspondents were nevertheless able to provide vivid accounts of the air strikes. Steve Delaney from NBC, Charles Glass with ABC, Allen Pizzey with CBS News, and John Donavan from CNN reported on how the city was virtually blacked out, and they could see, hear, and even feel the bombing. Unable to shoot pictures, their reports were reminiscent of World War II radio pieces. In addition to the lack of electricity and shortages of batteries, reporters had to deal with Libyan censorship.

Within an hour, the campaign was over. Dan Rather switched to the White House, where Secretary of State George Shultz and Secretary of Defense Caspar Weinberger held a press conference. The network devoted more time the next day, April 15, to focus on casualties, both Libyan and American. 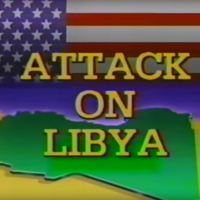 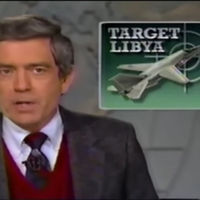 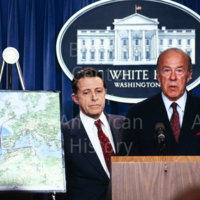 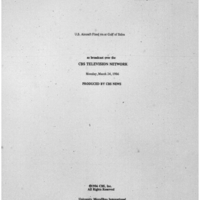 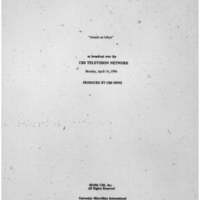