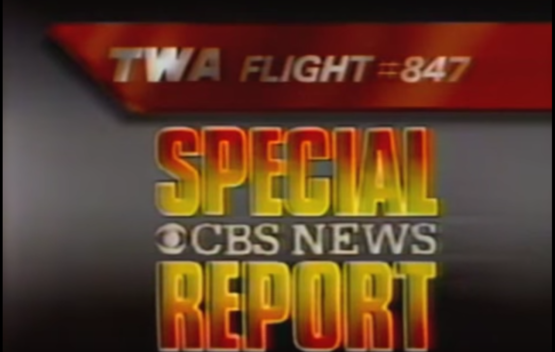 On Friday, June 14, 1985, the American plane TWA Flight 847 took off from Athens, with 139 passengers and a crew of eight. Soon after takeoff, it was commandeered by two Lebanese men, Mohammed Ali Hammadi and Hasan Izz al-Din, members of Hezbollah and Islamic Jihad, the shadowy Shi'ite Muslim organization regarded as an umbrella for various fundamentalist terror groups operating in Lebanon and other Middle East countries. They had smuggled weapons, a pistol, and two grenades on board and demanded the release of seven hundred Shi’ite Muslims from Israeli custody. What followed was a two-week international ordeal, with passengers threatened and some beaten, and one fatality, Navy diver Robert Stethem, who was murdered and his body thrown onto the tarmac.

The hijackers ordered the pilot to fly to Beirut, where nineteen passengers were allowed to leave, then to Algiers, where an additional twenty passengers were released. The plane then returned to Beirut, the capital of Lebanon, which was in the midst of a civil war with the city divided into sectors controlled by Shia militia including Amal and Hezbollah. During that stop in Beirut, Robert Stethem was murdered, and seven America passengers with Jewish-sounding names were taken off the plane and held hostage in a Shia prison in Beirut. An additional dozen well-armed hijackers boarded the plane, which flew back to Algiers, where sixty-five passengers and all five female cabin crew members were released. The plane then flew back to Beirut, where it remained. Hezbollah held the forty remaining hostages in different locations throughout Beirut, making rescue missions impossible. On June 30, 1985, two weeks of intense negotiations between U.S. President Ronald Reagan and Lebanese and Israeli officials, the remaining hostages were finally released. They were driven to Syria and then flown to West Germany before being welcomed home by President and Mrs. Reagan. Seven hundred Shia prisoners were released by Israel, which insisted that the release was not connected to the hijacking. One of the hijackers, Mohammed Ali Hammadi, was arrested nearly two years later at the Frankfurt airport with explosives in his suitcase.

Unlike the Iran hostage crisis or the assassination attempt on President Reagan, images were initially hard to get as Beirut still bore the scars of its civil war and had no functioning satellite dish. Videotapes had to be driven, under great danger, to Damascus, resulting in at least a three-hour delay in seeing pictures. News organizations first obtained the dramatic sound file of Captain Testrake, the pilot of the hijacked place, communicating with the control tower: "He has pulled a hand-grenade pin and he is ready to blow up the aircraft if he has to. We must, I repeat, we must land at Beirut. We must land at Beirut. No alternative."

Every news outlet stayed on the story, which involved seventy-eight American citizens. Tom Shales described how they kept watch throughout a torturous weekend, despite the lack of new information and how the Sunday CBS Evening News with Dan Rather “was nothing less than state-of-the-art broadcast journalism that brilliantly summarized the crisis up to that point.” While all networks worked hard, CNN and Peter Jennings stood out. CNN, “Ted Turner’s scruffy little all-news network that has grown up to become indispensable,” turned the hostage crisis into its regular programming. It was often the only network to carry live events, such as the press conference of the released flight attendants, who gave detailed descriptions of their experience. A former Middle East correspondent who had lived in Beirut for six years, ABC's Peter Jennings, “anchored so confidently and knowledgeably that he left everyone lese in the dust.”

Networks were criticized for excessive coverage and for the theatricality of the hijacking, a “macabre media event” as Howard Rosenberg called it in the Los Angeles Times, as well as for the role of the media in the event itself. While three major networks voluntarily withheld information after they had been asked to by Defense Department officials, in order not to jeopardize the safety of the hostages, they became the main source of information for both government officials and families of hostages. The content and the length of the coverage thus gained more weight. John Corry analyzed in the New York Times how the networks' constant repetition of the hijackers demands “shift responsibility from the hijackers and the Amal militia to Israel,” potentially exacerbating latent anti-Semitism. Interviews with Nabih Berri, for example, took the form of negotiations with Rather acting as a policy maker, suggesting that the release of hostages could happen, if Israel were to respond to the demands of the hijackers. Corry also argues that the networks potentially contributed to prolonging the crisis as the hijackers used the media exposure to disseminate their message.

On June 20, ABC scored “the most sensational journalistic coup” of the six-day hostage crisis: exclusive interviews with the pilot and two of his crew from the hijacked TWA plane. Charles Glass and Julie Flint had been negotiating with Lebanese Shiite leader Nabih Berri, who authorized a four-minute interview. ABC's crew approached the plane and filmed from outside the cockpit. While it provided “the most vivid and compelling television moment of the crisis,” some saw it as an intrusion, and many wondered if the networks were being used. The group Amal had its own press secretary, and the group was directly communicating with the media. After a chaotic press conference with released hostages, Variety asked if television was hostage or broker in the crisis. Broadcasting later wondered if, throughout the crisis, the media had been “hindrance or help to hostages?” and, looking back at the entire story in July, the paper concluded that “intense competition had negative impact and that satellite technology contributed to manipulation of media by Shiites.” 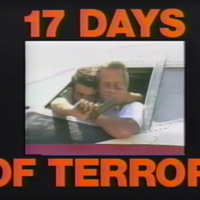 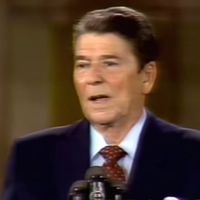 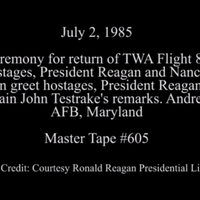 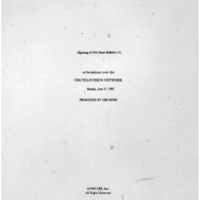 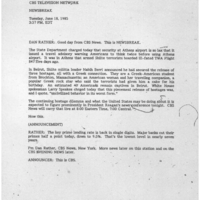 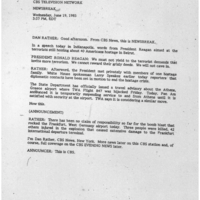 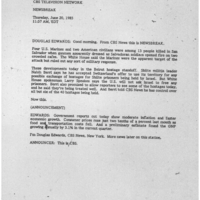