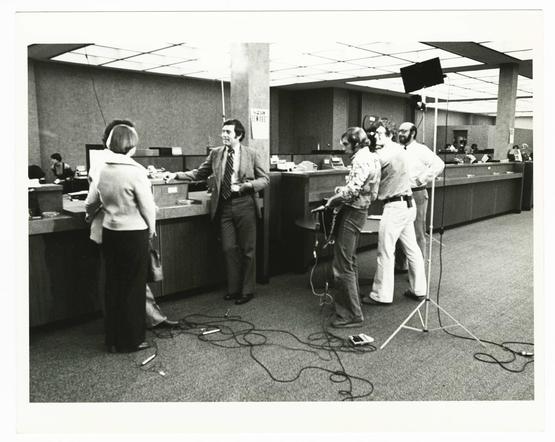 Producer Phil Scheffler had been interested in the idea of a report about privacy since 1973, and the passage of the Freedom of Information Act in 1975 under President Ford made the topic ripe for a 60 Minutes piece. Researching the issue revealed that concerns about privacy abounded in the press and that the privacy of Americans was actually being compromised in numerous fields, with the use (and sharing) of medical records, especially psychiatric records, as well as college and tax records and insurance and telephone records. People were also become increasingly anxious about the use of computers and plastic (credit) cards. Following up on Watergate and the issue of wiretapping, many were concerned about how government agencies were sharing information. The show was indeed originally entitled “What the Government Knows About You.”

During the extensive research, producer Philip Scheffler and Dan Rather both requested, under the Freedom of Infomation Act, material about themselves but also about individuals related to the President Kennedy assasination. Rather received, for example, material related to the 1968 assault complaint that was filed after the Democratic National Convention. A second request in 1976 turned up documents from the Office of Press Relations and from the Passport Office, documenting Rather's numerous travels as a White House correspondent and his work with CBS Reports. Following a request to the CIA, Rather received press clipping, letters he wrote to the CIA, transcripts of his conversation with the CIA, and internal memoranda about his work, especially the 1975 CBS Reports episode "The American Assassins."

With the help of a young Californian couple, the 60 Minutes team decided in the end to focus on the so-called Bank Secrecy Act, under which banks must retain copies of checking accounts; records that are available to a large number of federal and state agencies. The result was chilling: a New York private detective was able to find out a vast amount of information about the couple without leaving his office on the east coast. Here again, the show had a tremendous impact: American Express changed its policy of providing information; a “Right to Financial Privacy Bill” (H.R. 8133) was introduced with the support of 50 co-sponsors; and L.D. 1084 - "An Act Concerning Confidential Financial Records” was enacted in Maine.