“A lot of Dan’s questions are like, tell me about that . . . he’s not trying to tell them what to say or put ideas into anyone’s mind.  He’s really listening for their story and wanting them to tell what’s important to them.”
—Producer Dana Roberson

In the course of his career, Rather has conducted interviews with some of the world’s most compelling figures, from the famous to the infamous. Known for asking real, tough questions, Dan Rather has interviewed every United States president from Dwight Eisenhower to Barack Obama and virtually every major international leader and newsmaker from Rosalynn Carter and Jesse Jackson to Saddam Hussein. He is as comfortable with Robert Redford, Dolly Parton, and Quentin Tarantino as he is with Fidel Castro, Nelson Mandela, and President Bill Clinton. Rather also strives to give voice to everyday people, from victims of Katrina and returning soldiers to migrant workers and truck drivers. In his roles as a reporter, White House correspondent, and anchor, Rather talked to countless people. Investigative shows like CBS Reports (1974–1975), 60 Minutes (1976–1981), 60 Minutes II (1999–2005), and Dan Rather Reports (2006–2013) allowed for longer interviews. In addition to his Conversations in Science in 2015, Rather also fronted the interview show Who's Who in 1977. Since 2013, he has pursued his interests by talking to television and film, music, and entertainment personalities in The Big Interview on AXS TV.

The major interviews Dan Rather did with American presidents 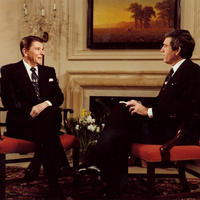 A selection of the civic and political leaders Rather interviewed 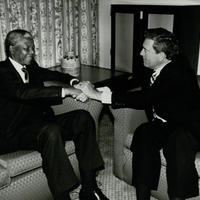 From Don King to the Dalai Lama, a few of the cultural figures Rather talked to 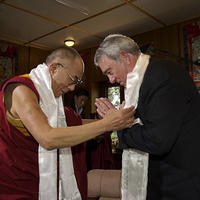