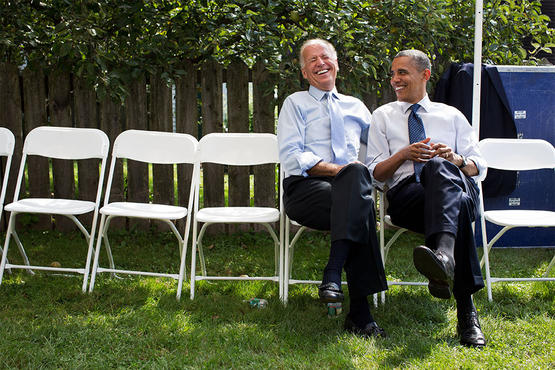 President Obama won reelection in 2012 against former Massachusetts governor Mitt Romney, the first Mormon to receive a major party’s nomination. Following the “Citizens United” Supreme Court decision that allowed for increased political contributions, the 2012 campaign was estimated to have cost about $6 billion, making it the most expensive election to date.

While Mitt Romney appeared the likely nominee early on, he was considered too moderate for conservatives who preferred other candidates. For the first time in modern Republican Party history, three different candidates won the first three state contests in January: Rick Santorum won the Iowa caucuses, Newt Gingrich won South Carolina, and Mitt Romney won New Hampshire. Santorum and Gringrich stayed in the race for a few more months, but Romney secured more than half of the delegates allocated in March. He was officially named the party’s presidential nominee during the Republican National Convention in Tampa, Florida, from August 27 to 30, 2012, which featured notable appearances by Chris Christie and Clint Eastwood. He chose Wisconsin Representative Paul Ryan as a running mate, probably to assuage the conservative wing of the Republican Party and the Tea Party movement.

Amid a struggling economy, major issues during the general election campaign included taxes and the federal deficit, the Affordable Care Act and how to pay for Social Security, as well as climate change and immigration, the sanctions against Iran, and the phase-out of the Iraq War. Mitt Romney’s record at Bain Capital and his refusal to release his tax returns placed him on the defensive and so did a video of Romney at a private fundraising event in which he asserted that the 47 percent of Americans who do not pay federal income taxes believe that they are “victims” and that “government has a responsibility to care for them." The Obama campaign depicted him as a wealthy man out of touch with working Americans. Romney tried to capitalize on Obama’s phrase "you didn't build that" during a speech in Roanoke and ran many campaign ads that were rated as false by fact-checking agencies.

Although Vice President Joe Biden summarized Obama’s first term with “bin Laden Dead, General Motors Alive,” the president’s campaign suffered from a high unemployment rate and the sluggish economy as well as the anger toward the Affordable Care Act. He did not perform well in the first debates, but had a strong showing in the last two, appearing more assertive while Romney was criticized for his “binders full of women” remark and his erroneous statement that Obama had not called the Benghazi attacks an act of terror. Obama’s reaction to Hurricane Sandy earned him praise, and he benefited from a reduction of unemployment to 7.8 percent in September 2012, the lowest since he took office.

Obama's campaign was highly effective in raising money and getting out the vote. The 2012 campaign was marked by a sharp rise in fundraising, including from new nominally independent Super PACs. It was also the first real social media election, with a high number of memes.

On November 6, 2012, most major television networks called Ohio for Obama, projecting him the winner of the election, around 11:15 p.m. EST. Around 1 a.m. EST on November 7, Romney conceded the election to Obama. While the president did obtain 332 of the electoral votes, 62 more than the 270 needed to win, he won the popular vote by a relatively small margin with 51.1 percent and a turnout of 55 percent with two fewer states than in his 2008 victory.

The 2010 midterm elections broke records: the most expensive to date ($3.7 billion) with the lowest voter turnout since 1942. The elections saw sweeping gains by the Republican Party in the Senate, House, and in numerous gubernatorial, state, and local races.

Rather's Coverage of the 2012 Election

Rather reported live from the New Hampshire primary, explaining that “For all the chatter about polls and political gamesmanship, it’s always reassuring that real people have to show up and cast real votes for real names on real ballots,” He added “I’ve covered New Hampshire primaries more than a dozen times, because nothing gets this reporter as fired up as a good campaign.” He hosted live coverage of the Florida primary and Super Tuesday on April 10, 2012.

Leading up to the November election, Rather did a number of stories, including one on voting machines and voter discrimination in Ohio. On November 7, 2012, he anchored an election night special, live from Washington, D.C., with some very special guests: Republican guru Mike Murphy, Atlanta Mayor Kasim Reed, Democratic strategist Kiki McLean, Republican strategist Todd Harris, Slate senior editor Dahlia Lithwick, National Journal daily editor Matt Cooper, pollster Dr. David Hill, and policy expert Alan Philp. He was also joined from Los Angeles by Bill Maher. Over the course of the broadcast, Rather and his guests took viewer questions via Twitter and Facebook