“Should your anchorman be on top of a big story, or is his place in the studio? I was then and am now dedicated to the idea of being there, seeing, hearing, touching, sniffing the story.”
—The Camera Never Blinks Twice.

Starting with his breakthrough coverage of Hurricane Carla, the civil rights movement, and the assassination of President Kennedy in Dallas, Dan Rather honed his skills and earned his credentials as a journalist working on the ground, producing and delivering hard-edged field reports.

As a foreign and war correspondent, he has covered, on-scene, more than twenty wars, revolutions, and major violent riots. In addition to Vietnam, these include the India-Pakistan War of 1965, the Rhodesia War in Africa, the El Salvadoran Civil War, the Palestinian “Intifada” against Israel, the U.S. intervention in Somalia, as well as the first Gulf War, the conflict in former Yugoslavia, and the Afghan and Iraqi wars. Following a pattern found in American television, most of Rather's foreign assignments were about crises and conflicts. Over the years, however, he traveled across the globe to work on economic, social, and cultural stories. In the late 1970s with 60 Minutes, he looked into the politically ambiguous position of the Azores Islands; profiled Iceland and its people; examined the status of the Catholic Church in Poland; talked to Indian Prime Minister Moraji Desai and visited Calcutta, the world's most densely populated city; investigated law officials in Tokyo and the situation of Japanese women; reported on Mexican oil and on the rise of anti-Semitism in France; and visited the Mediterranean island of Malta. More recently, the investigative show Dan Rather Reports allowed him to pursue stories around the world from the Galapagos to Madagascar. He reported on Colombia's approach to the drug war, looked at the issues around the border between the United States and Mexico, and the rapid changes in the Middle East.

“Fancy journalism degrees are well and good, but in the end it comes down to luck, reflex and shoe leather.”
–The Camera Never Blinks.

Rather's travels with presidents Johnson and Nixon in the 1960s and 1970s as White House correspondent will be covered in our Political Analyst section. As the anchor for CBS Evening News from 1981 to 2005, he traveled extensively, following breaking news across the globe. In 1987, he was part of the first television crew to be allowed in the former Soviet Union and was the only major anchor in China during the crisis in Tiananmen Square in 1989, before climbing on what was left of the Berlin Wall. In 1994, for example, he traveled to Eastern Europe in January to document the rise of far-right parties, flew to South Africa in April for the first free elections, and went to the Middle East just before the Palestinians moved into Gaza and the West Bank. A year later, he announced the assassination of Israeli Prime Minister Yitzhak Rabin and reported live from the funeral, went to Bosnia several times in 1995, and to Moscow in 1996 to report on the Russian elections.

As the "ratings war" heated up in the 1980s, the anchors, who had become the face of their networks, were more often sent to foreign events, raising journalistic issues. Writing about Tom Brokaw and Peter Jennings covering on-site the war in Lebanon in 1982, the Los Angeles Times already noted that "the presence of an anchorman on the scene of a story may lend that story greater weight than warranted by the events." This was echoed in 1989, when CBS and NBC aired more stories about China than they had in the entire period between 1972 and 1981, possibly because they had anchors in the country. This trend increased in the 1990s, as anchors tried, as the Los Angeles Times put it, "to sell themselves as well as their newscasts." Broadcasting noticed that the anchor's "presence seems to be regarded as necessary to validate the importance of events." Thomas Rosenstiel argued in the Los Angeles Times that the new phenomena of the "wandering anchor" reflected the turmoil the networks were finding themselves in. The competition of local and cable news meant that they had lost their place as sole providers of images.  But they played an important role "adding the appropriate emotion for the settings—a crucial ingredient in a medium that communicates pictures better than ideas." Whatever the reason for going on the road might have been, everyone agrees that Dan Rather, of all the major anchors, enjoyed it the most.

In addition to crises and conflicts and foreign events, Rather gained a reputation for covering natural disasters in person. Since his breakthrough with Hurricane Carla in 1961, Rather has reported on-site about hurricanes, earthquakes, and floods, such as the 1989 San Francisco earthquake and the 2004 tsunami. He followed up on the devastation of Hurricane Katrina in 2005 and was on the scene of the 2010 Haiti earthquake.

See On the Ground Additional Materials 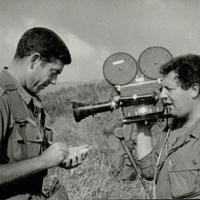 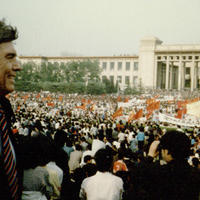 From hurricanes to earthquakes, some of the natural disasters Rather has covered 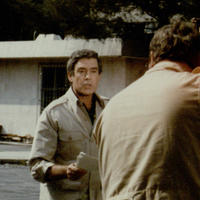