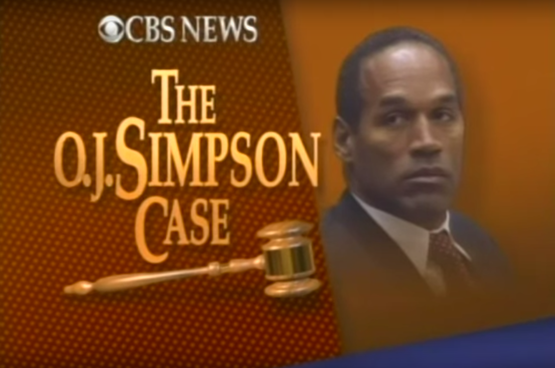 Still image of the CBS Special "The O.J. Simpson Case."

Millions of viewers across the country watched mesmerized when the fifth game of the NBA playoffs was interrupted for a live broadcast of O. J. Simpson’s white Ford Bronco being chased across the California freeways by highway patrol officers. The football star eventually surrendered and was arrested. He stood trial for the murder of his ex-wife Nicole Brown Simpson and her friend Ronald Goldman that took place on June 12, 1994.

The trial began on January 24, 1995, and ended after 133 days on October 3, 1995. Despite the plethora of evidence, the prosecutors presented (not counting all the evidence they could not present) Simpson was found not guilty of murder on both counts.

Commenting on how all the networks switched to live coverage of the highway chase, Raymond Hernandez on the New York Times called it “a remarkable episode in the history of television journalism,” a gripping and bizarre spectacle. Mocking the reaction of news outlets, Tom Shales in the Washington Post raised the question of the validity and the purpose of such chaotic coverage “because naked information goes out unedited and without the normal fact-checking procedures.” He wondered if “such cliffhanger coverage is a service or disservice to the public’s right to know and the rights of the accused to due process of law.” Once again, raw rumors and bald speculation abounded on this day, as "the raw, unedited nature of the event made the networks vulnerable to misinformation and mischief." Dan Rather recounts how "for agonizing minutes, we all waited to go on the air" with the footage of the white Bronco they had received from their Los Angeles station, KCBS, waiting to confirm that it was Simpson's car.

Judge Ito authorized the presence of cameras in the courtroom, with an option to turn them off when he deemed it appropriate, turning the trial into what some called a media circus. Anticipating an eventful day, all networks devoted much time to the first day of the preliminary hearings in July 1994. These, however, were “taken up by mundane procedural minutiae.” While Sandra Hughes offered a short biography of the victims, Nicole Simpson and Ronald Goldman, most networks talked about the trial as if it were a sporting event, focusing on strategy and game plan. Howard Kurtz discussed in the Washington Post how "the worst sins of American journalism seem to be on display in the Simpson saga," especially the rush to be first, "to unearth some new tidbit, to milk those every present anonymous sources who may or may not know what they are talking about," which leads to errors. He was particularly irked about the rumors that were never corrected, from the bloody ski mask that was supposedly found at the crime scene, to the bloody, entrenching tool as the murder weapon, and the fact that everyone linked to the case was offered money to tell their stories, resulting in "cash-for-trash tales." While television news provided images, print journalists such as Dominick Dunne from Vanity Fair offered readers a glimpse into the story behind the story.

While CNN and Court TV offered gavel-to-gavel coverage, the major networks considered setting up a second network satellite feed for complete coverage so that the local stations could decide what they wanted to show. While most of the proceedings were quite tedious, some stations reported that their audience could not get enough of the Simpson story. The trial began in earnest on January 24, 1995, and television news enhanced the coverage with a battery of experts and electronic gimmicks such as the "forensic animator" on CBS, which generated "highly accurate computer simulation."

The trial had a significant impact on the television news landscape. More than 431 stories were aired about the Simpson case in 1994 alone, more than six hours total on CBS Evening News, four hours on NBS Nightly News, and three hours on ABC World News. While the three networks experienced a downward trend in their ratings, from 77 share in 1979–1980 to 54 in 1994–1995, CNN on the other hand achieved its highest ratings ever. Its gavel-to-gavel coverage took viewers who did not want to wait for a summary of the day's event away from the big three networks. Although only two-thirds of American households, about 64 million homes, had access to CNN, the cable news network jumped from 0.7 to 5.6 in ratings and Court TV had double these ratings.

As the trial neared its end in September 1995, networks feverishly prepared for what many expected to be the most-watched event in TV history. The not-guilty verdict launched a wave of discussions and conjectures. The public response was dramatically divided along racial lines, with many African Americans celebrating the verdict while most whites were stunned and angry. 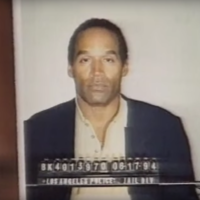 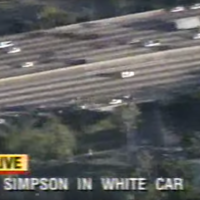 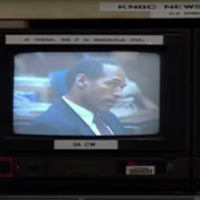 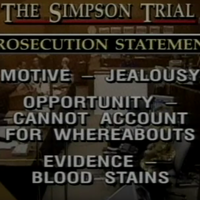 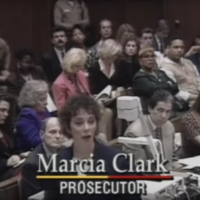 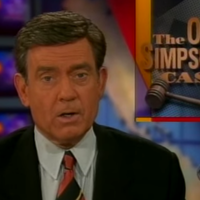 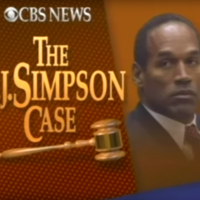 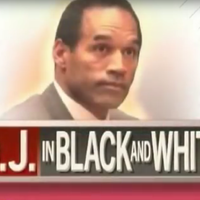