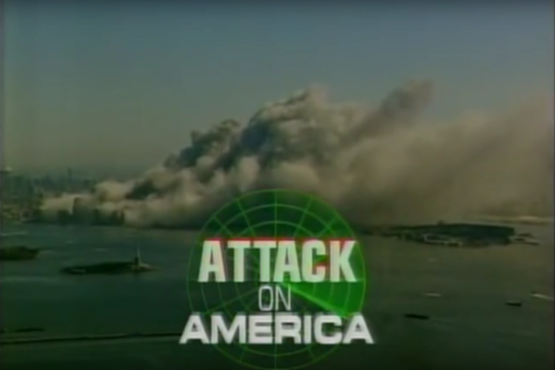 "9/11" is shorthand for four coordinated terrorist attacks carried out by al-Qaeda, an Islamist extremist group, that occurred on the morning of September 11, 2001. On that day, nineteen terrorists hijacked four commercial airplanes, deliberately crashing two of the planes into the upper floors of the north and south towers of the World Trade Center complex in New York City and a third plane into the Pentagon in Arlington, Virginia. The Twin Towers ultimately collapsed because of the damage sustained from the impacts and the resulting fires. After learning about the other attacks, passengers on the fourth hijacked plane, Flight 93, fought back, and the plane was crashed into an empty field in western Pennsylvania about twenty minutes by air from Washington, D.C. The attacks killed nearly three thousand people from ninety-three nations, including some four hundred New York City police and firefighters. It also profoundly impacted the United States and the world. The War on Terror led to the invasion of Afghanistan in December 2001 and of Iraq in 2003, as well as the creation of the detention camp at Guantanamo Bay. At home, the GeorgeBush government pushed for the passage of the USA PATRIOT Act and the creation of the Department of Homeland Security, raising ethical questions.

All the networks stayed on the air for ninety-three uninterrupted hours, the longest time in the history of television. This despite the fact that their around-the clock, commercial-free, coverage of the attacks cost the networks $50 million to $70 million a day in advertising, or between $200 million and $300 million for the first four days of coverage. At the suggestion of 60 Minutes veteran producer Don Hewitt, all the major TV news organizations agreed to share all video footage and satellite feeds for the one day; the agreement expired after the second day. Newsmen and women tried to report on site, risking and in a few cases losing their lives.

As the New York Times noted, viewers, hungry for news, turned to traditional networks, and the anchors played an essential role in informing and reassuring the nation. While the images were terrifying, "the coverage was strangely reassuring simply because it existed with such immediacy." Reporters and anchors were "calm and generally cautious." As Tom Goldstein, the dean of the Columbia University School of Journalism, explained, the anchors are "the glue, the continuity, the structure for most people," and people turned to household names like Tom Brokaw, Dan Rather, and Peter Jennings. In New York on that day, Rather went on the air at 10:00 a.m. EST, as the first tower fell. He stayed on the air for more than fifty-eight hours out of the ninety-three uninterrupted hours of coverage by CBS. In interviews the following days, Tom Brokaw and Dan Rather both expressed a sense that this was what their careers had been leading up to with Rather stating "I've spent my whole life for this kind of moment."

For television critic Tom Shales "of the anchors, Dan Rather seemed easily to outdistance Tom Brokaw and Peter Jennings, both in terms of total hours on the air (16 per day, through Friday) and the way he kept his cool." On September 17, 2001, still exhausted from his nonstop reporting, Rather appeared on the Letterman show, where he had to hold back tears. While some criticized him for this moment of weakness, Texas Monthly praised it: "Rather demonstrated the mix of tough-guy poise and naked humanity that has made him a fixture of American broadcast journalism for nearly half a century." 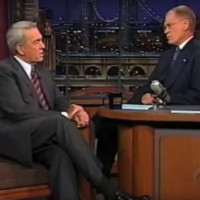